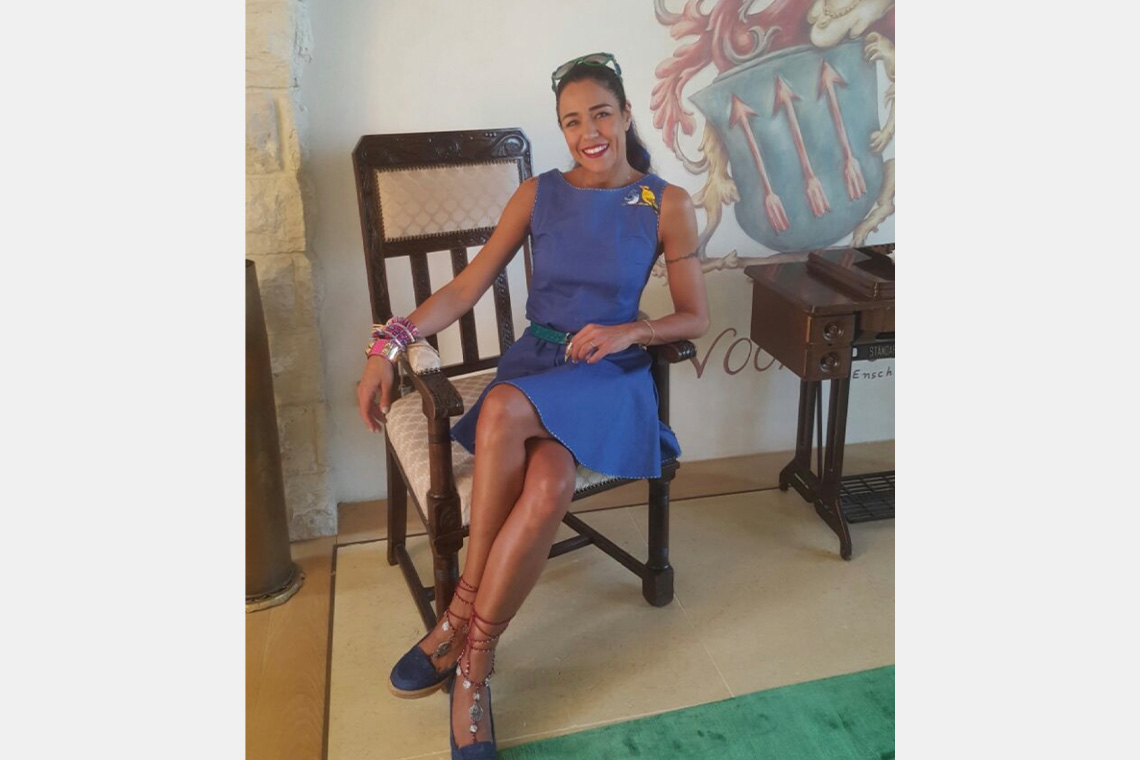 Although Mark Hachem Gallery is an international gallery with locations in New York, Paris and Beirut, it prides itself on being a Lebanese enterprise. In the wake of COVID-19 and then the blast, the gallery is embracing the virtual through digital art fairs and exhibitions, including Bonjour Beirut: The Beirut Art Scene with Artsy. Director Beatrice Safieddine discusses the power of art in society.

THROUGH ART, THERE ARE OPPORTUNITIES TO RESEARCH, LEARN, RAISE AWARENESS, PERSUADE AND MOBILIZE. THE BEIRUT ART SCENE IS ONE OF THE MAIN PILLARS THATDOES NOT SUBSCRIBE TO ANY CONFESSION. IT IS, AND ALWAYS HAS BEEN, AN INDEPENDENT VOICE FOR CHANGE.

Katherine Volk: Where were you when the explosion happened?

Beatrice Safieddine: My colleague Marianne and I were working at our desks when the first blast came. It was a moment of total shock and my first reaction was to drag her into the little kitchen behind where we were sitting. We thought it was an earthquake or an attack. I came out to grab my laptop and thought about getting one of our sculptures, which wasn’t very stable on its pedestal. As I took my laptop, I felt then sound barrier broken and ran back into the kitchen. The second explosion happened and everything was shaking and then the windows burst. Shards of glass were flying around like rockets, everywhere, and sticking out of the walls like knives. Two of our clients were standing outside the gallery terrified, crying. People were walking around bleeding, crying, screaming. Most of the artworks on display were damaged, but the sculpture that I was afraid would break surprisingly did not move. There was no longer any glass in the windows, so the gallery was exposed, and for four nights someone had to sleep there to guard the art until we could get the glass back up.

KV: Can you tell us something about how the people of Beirut came together to clean up and rebuild?

BS: We have no proper government, no one to deal withsuch a disaster. And although we all have our opinions about this country, no one wants to see it get destroyed, because we all know, and see, the potential the country has to offer. Most of the younger generation do not subscribe to any party or sect, they just see themselves as being Lebanese. They took to the streets and helped family, friends and strangers to clean up and preserve what was left of their belongings from under the rubble. After the explosion, people from all walks of life took the initiative to help in any way they could. 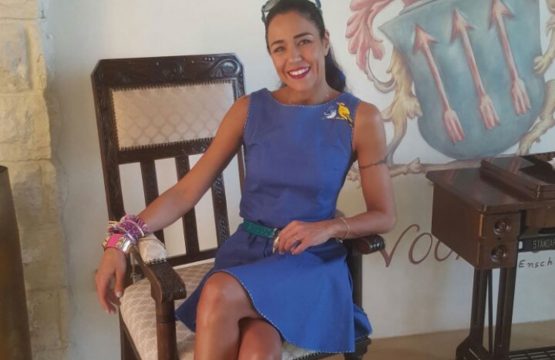 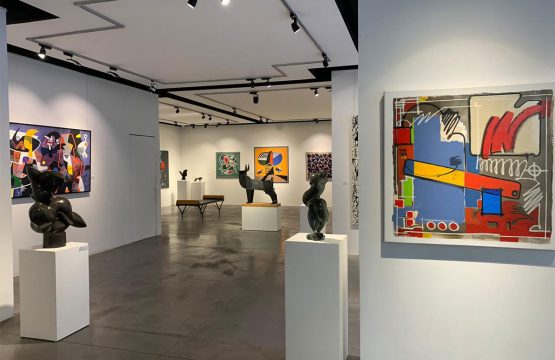 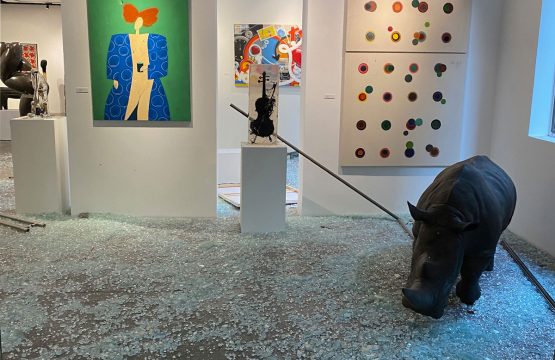 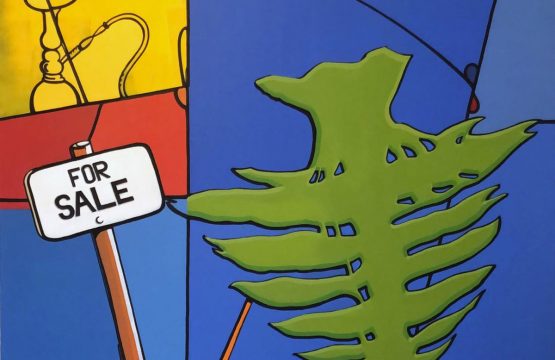 KV: Do you see this as a tipping point for Lebanon?

BS: The two explosions in the city’s port sent shockwaves across the city and could hardly have come at a worse time. The country was teetering on the verge of ﬁnancial collapse even before the pandemic ravaged the global economy, and the people were already fed up with the corruption of the current political and economic systems. The nation’s currency was devalued by 80%, electricity was limited to several hours per day, unemployment was rising, and coronavirus cases were overflowing into an already ailing healthcare system. However, we were still persisting. Then the blast happened and broke the hearts of all Lebanese citizens everywhere. We are full of sorrow and we mourn for Beirut.

Stay or leave Definitely stay My dream for Beirut To become and remain safe and prosperous Image of Beirut past Simmering energy, joy, family, friends, love and art Image of Beirut present People doing their best to stand on their feet and fight for their rights What it means to be Lebanese We are survivors. No matter what happens, we always pick ourselves up and move forward On a scale of 1-10, how hopeful am I 10. We owe it to our country and to ourselves as Lebanese, to be united and not only to hope, but to act

THE EYES OF THE WORLD WERE ON BEIRUT AFTER THESE TERRIFYING EXPLOSIONS ROCKED OUR CAPITAL – WE WANT TO KEEP THEIR EYES ON US, KEEP THE CONVERSATION GOING, AND NOT FORGET THE UNFORGIVABLE DEVASTATION THAT OCCURRED.

KV: What role can art play in such grim times?

BS: I believe that art creates empathy. Art is one of the strongest ways to make society see injustices and to make a change. People come together for art, no matter what their backgrounds, political ideologies or religious beliefs are. Through art, there are opportunities to research, learn, raise awareness, persuade and mobilize. The Beirut art scene is one of the main pillars that does not subscribe to any confession. It is, and always has been, an independent voice for change.

KV: What are your hopes for the future?

BS: We were a bit lost initially regarding the future of the gallery. As a team, we discussed what we should do, whether we should close or remain open. It’s part of our message that life goes on and that we need to move forward. We need to keep working to sustain the artists who rely on us and our business. I sincerely hope that our country will be cleansed of all these destructive issues so we can prosper like I know we can. We shall rise again like the Phoenix.

KV: How can our readers can help you?

BS: We have faced unprecedented challenges since last year in this country. We understand that this is a time when we all have to join forces and that, by being united, we will overcome any obstacle. The eyes of the world were on Beirut after these terrifying explosions rocked our capital – we want to keep their eyes on us,
keep the conversation going, and not forget the unforgivable devastation that occurred.