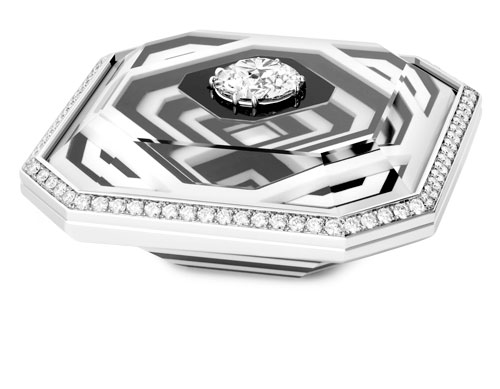 Last year was a landmark for Boucheronin terms of cultural visibility, as the French luxury jeweller expanded into the artistic sphere – first with Yishu 8, the Beijing-based contemporary art institution, and then closer to home, as the lead partner of Abu Dhabi Art. The House sets its sights so high that its creations have moved from derivations of natural forms to expressions of historic Parisian architecture.

Hélène Poulit-Duquesne, CEO of Boucheron, is clear that the brand’s recent partnerships with China and the UAE are in line with an ambition to grow in dynamic markets. “They present an opportunity for us to highlight the new face of the House by offering a unique experience in the heart of a booming cultural scene. At Yishu 8 for example, we are sponsors of an artist residency that gives European artists the opportunity to immerse themselves in the Chinese artistic universe.”

Yet despite all this recent branching out, Boucheron is the oldest jeweller on Place Vendôme (since 1893) and its lineage can be traced back to an era when Paris was celebrated for its monumental architecture. “We have focused on some of the details of this style rather than on the architecture itself, to avoid obvious results,” says Claire Choisne, Boucheron’s creative director, who, in a contemporary, bold take on craft, is known for her inventive designs that use unusual materials and proportions. 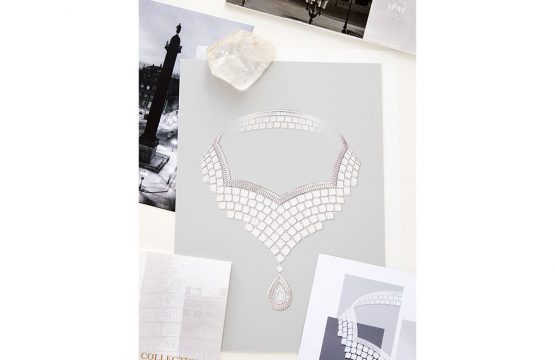 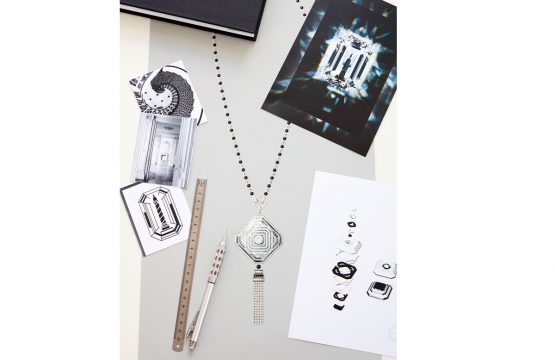 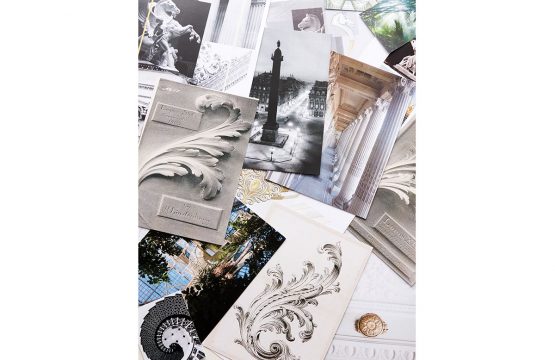 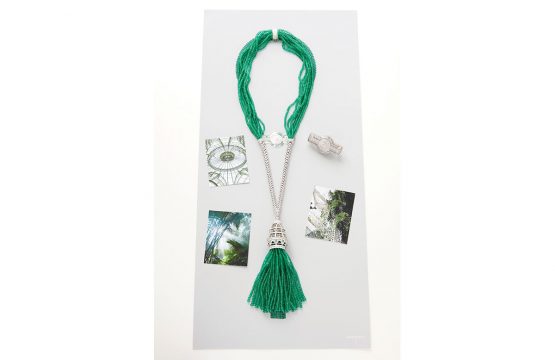 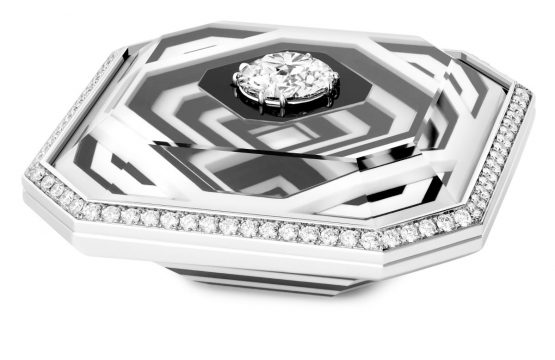 Although nature is ever-present in Boucheron’s style, such as with the leafy feuillesd Acan the necklace or with the parrot motifs of Nuri, the latest collection stands out for its geometric abstractions. It materializes points of intersection and encounter between architecture and nature. “The Verriere necklace, for example, demonstrates the glass dome and profuse vegetation of the Grand Palais, one of the most iconic Parisian monuments,” Choisne explains. “The diamond-paved pompom pendant represents the view of the Grand Palais from above, with the dome and diamonds on white gold. Puffed glass has been used to make the ‘window’, creating a mini-winter garden with titanium in the canopy.”

The winter garden theme drove the design of Boucheron’s space at Abu Dhabi Art last November, which showcased the new Paris, Vudu26 collection – an essay in architectural perspective. Take the striking cuts of the emblematic 26V necklace, which drew inspiration from the central staircase of 26, place Vendôme in monochrome, sleek patterns and symmetries. A translation of sweeping spirals into linear, three-dimensional marquetry, this is a top-down standpoint that also marks the first time that Boucheron has dreamed up its own stone (combining onyx, rock crystal and cacholong).

The bird’s-eye-view concept is epitomised by the Paves decristal necklace, which reflects the way in which light gleams on the Place Vendôme’s cobblestones in a frosty sheen. Ultimately, Boucheron is saying that there are different ways to look at the built environment, depending on whether you hone in or out. “It would not be too much to say that Paris – the entire city – is a huge museum,” Choisne continues. “This collection focuses on the city’s captivating architectural details. For example, another piece – the Colonned Acanthe _necklace – was inspired by the [Persian-influenced] columns that support numerous Parisian monuments and which are often adorned with carved acanthus leaves. In the necklace, the idea of the column is represented by a flowing beaded tassel, on which are mounted acanthus leaves. We identify architectural elements and then zoom in on them, like a camera lens.”

From hyperrealist interpretations of nature (such as the plant-inspired Nature Triomphante) in older collections to the movement and drape of fabric (Porte Couture) and the geometric purity of Art Deco motifs (Architecture Inspire), Boucheron has created an impressive all-encompassing lexicon that includes flora, fauna, textile and architecture.