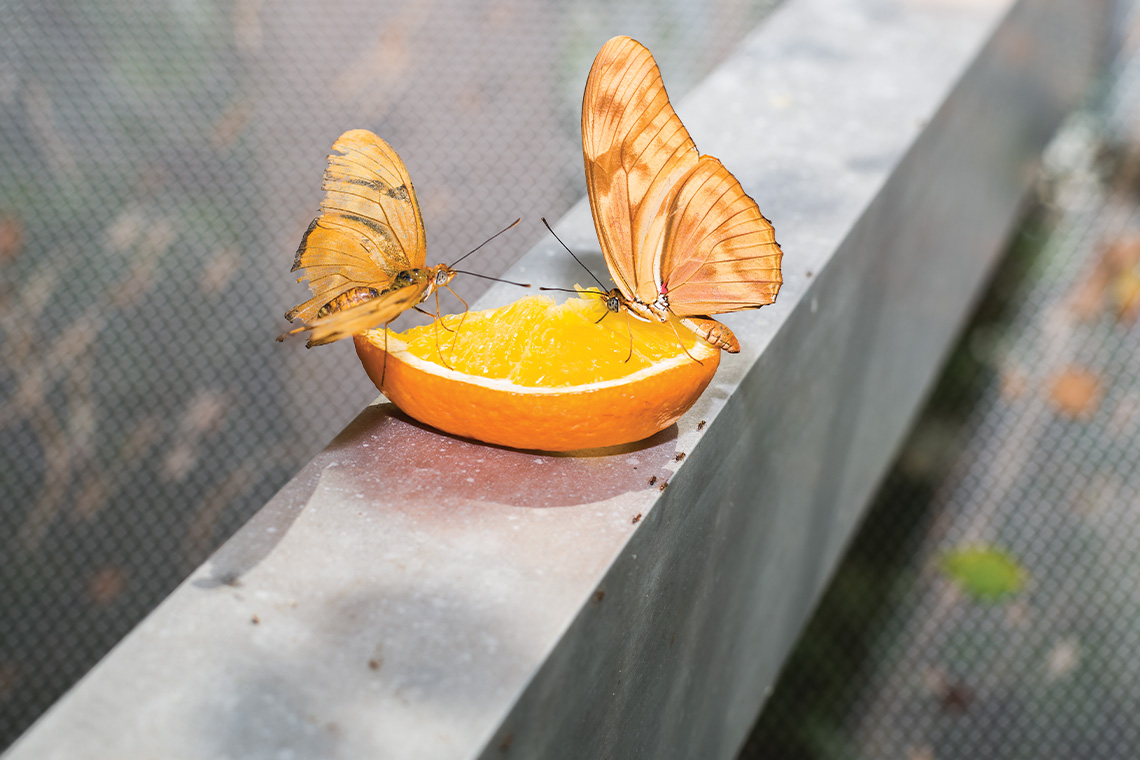 Raised between the UAE and the US, Farah Al Qasimi creates richly textured photographs, videos and performances which, in their self-conscious choreography, allude to identity politics, social inequity and cultural discordance. Underneath a shiny veneer, the artist’s clever use of dualities, juxtapositions and visual codes defies easy reading.

It seems that we have reached a time in our cultural life when photography, long considered a means of rendering indisputable reality, now takes its cues from painting in order to seem true and trustworthy. Photography employing painterly and narrative elements is of course nothing new: Tina Barney, Gregory Crewdson and Nan Goldin are all practitioners who lure us in with the promise of a hidden story. But in order to present her photographic subjects in a convincing light, Farah Al Qasimi often draws on pre-photographic conventions in painting, such as 16th-century Dutch portraiture and 19th-century French genre painting scenes through which she shows friendship, vulnerability and moral rectitude, which in turn have been disfigured by racist, colonial interpretations of physical appearance. “I think one of the really delicate things about making photographs is that there’s this constant question of truth and responsibility in representation,” she said in a recent podcast. “Nobody will really ask a painter, ‘Did this happen?’”1

Al Qasimi, who received her MFA from Yale in 2017, and is now based in New York teaching at RISD, has Brooklyn that’s a combination of stage set, prop shop and pin-up space. “Being forced to be resourceful is a good reminder of the transformative magic of a two-dimensional frame,” she quips.

The need to generate an on-site alternate reality seems to have started in her former apartment at Yale, where the artist grew so frustrated with the cold weather and seasonal depression it induced, that she installed a floor-to-ceiling poster of a palm tree-bedecked beach paradise, covering the entire back wall of the flat. Her video, How I learned to Stop Worrying and Love My Room (2016), recreated her childhood bedroom. Set to a soundtrack of a punk track that she wrote herself (she originally began her training at Yale as a musician), the room was an amalgamation of cultures, both stage set and kooky teenage insecurity-powered aesthetics lab. A LED-light sign “Halal” rested on a 1980s-style boombox on the floor. “These spaces have had a sort of provisional ‘public access television feel’,” she explains. “I like the bizarre DIY quality of artists like Alex Bag and Shana Moulton – it forces a new kind of invention.” 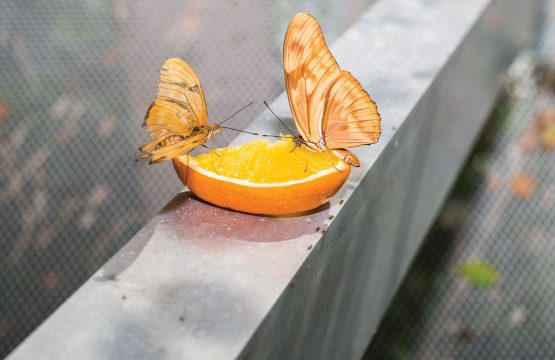 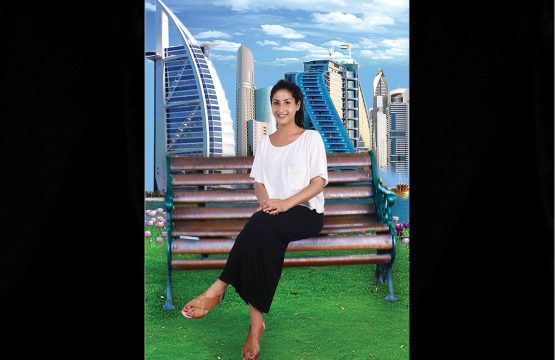 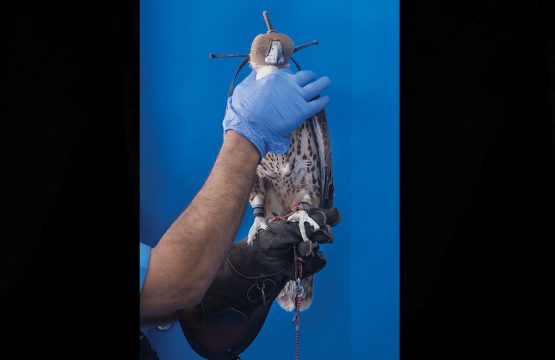 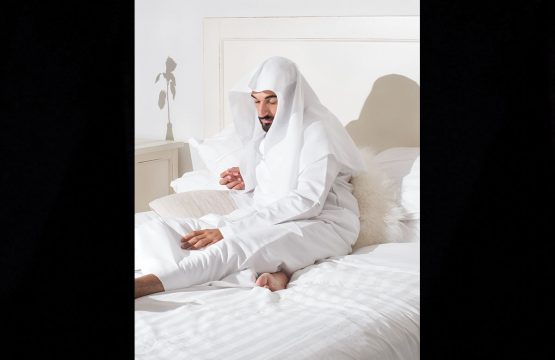 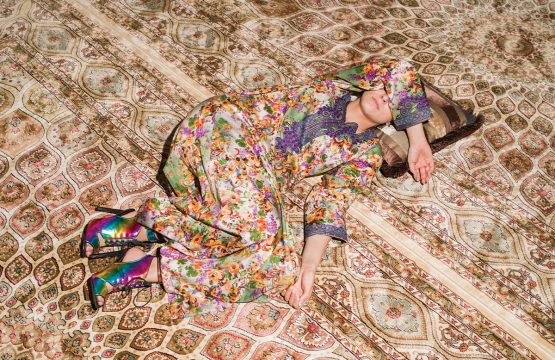 In her keen observations of domestic interiors of homes in both the UAE and the US, she often seeks to unpack the multitude of contradictory symbols of a culture in flux. “I’m picturing the way that these homes look – I’m more interested in what these things can say about themselves. What does it say about trade if somebody has an Iranian carpet in their home and places a polyester Chinese blanket over it, or has a dress that’s made with fabric imported from India?” Other works move into more immediately controversial territory. In her exhibition last year at the Helena Anrather Gallery in New York, entitled More Good News, Al Qasimi investigated assumptions about masculinity and the perceived threat of men of colour, specifically Middle Eastern men and/or men who could be mistaken for Middle Easterners. Through a series of vignettes, variously sweet, sentimental or witty, she presents these men as a small studio inpeaceful actors, going about their daily activities and often seen in moments of reflection, but with a subtext of looming danger. In 2017 Al Qasimi was sent on assignment by Bloomberg Business Week to cover the shooting of three men in a Kansas bar by a white supremacist who had mistaken two of them for Iranians (they were in fact Sikhs and one of them died from his wounds). This assignment became a real-world platform from which to frame a new body of work wherein Al Qasimi chose to present moments of mourning and contemplation rather than anger. In Ghaith at Home (2016) a traditionally dressed Middle Eastern man sits calmly on a bed, posed dynamically against the shadow of a rose. “I think the best thing photography can do when it’s functioning at its most exciting level is that it can be a tool for connection between somebody and the world they live in,” the artist surmises.

What is intriguing in Al Qasimi’s work is what isn’t always visible: she composes portraits while often obscuring or entirely evading the face, using her own logic of exposure and avoidance. “I’m always interested in how to make a portrait of somebody without relying on the way that they look, or direct eye contact. It’s about representing a kind of anxiety of surface,” she admits. Despite the prevalence of men and masculinity, a particular sensitivity emerges from Al Qasimi’s experiences as a woman. “I think it’s something that’s specific to me in terms of being a woman who grew up in the Emirates in the 1990s,” she reveals. “One way I felt was this kind of extreme oscillation between wanting to be invisible all the time and wanting to be so physical and so vocal that nobody could ignore me.”

Falcons, dogs and butterflies also figure into her work as an allegorical vehicle for human behaviour. The falcon, a revered cultural symbol across the Middle East, is a dangerous choice for ‘domestication’ and consequently is presented in Falcon Hospital (2016) as hooded and subdued, conveying a sense of unpredictability and chaos just below the surface. Meanwhile, in Butterfly Garden (2016), two beautiful inhabitants of a butterfly farm feast on a wedge of orange – fragile and impermanent, and collected by humans purely for their aesthetics.

Al Qasimi’s use of allegory fits into her concept of a portraiture that avoids pointing to the specific identity of the subject. In other works such as M Napping on Carpet (2016), the human figure is camouflaged in the sensory overload of texture and pattern in a mass-produced textile, becoming a vector of cultural intersection rather than a specific personality. When not in disguise in her videos and performances, the artist appears as an Emirati woman, a potential object of racist comments and negative statements by passers-by in the US. After noticing that her passport photos were being gently and not-so-gently retouched by well-meaning Photoshop experts, Al Qasimi consequently embarked on a mission: “I went to photo studios and asked them to make me beautiful,” she explains. “All of them lightened my skin to the point where my features were totally obliterated.” Her appearance in How I learned to Stop Worrying and Love My Room is that of a girl with artificially lightened skin and auburn hair, playing at being another person, from another place.

Al Qasimi’s newest project is a return home: “I’m doing a lot of research about the history of djinn (spirits) in Ras Al-Khaimah, which is where my family is from. I’ll be filming some video and hopefully finding some spooky places – our house is built on supposedly haunted land.” Where is information about this arcane subject available? “It exists in the oral history and folklore, in deep pockets of the internet and in lots of academic texts,” she replies. This investigation is an exercise in historical reorientation. In a way, by embracing a rich local history dating back thousands of years, she is at once disentangling Emirati culture from the West, where before she delved into its cultural appropriations. In the process, she continues her search of what lies beyond the surface of things.