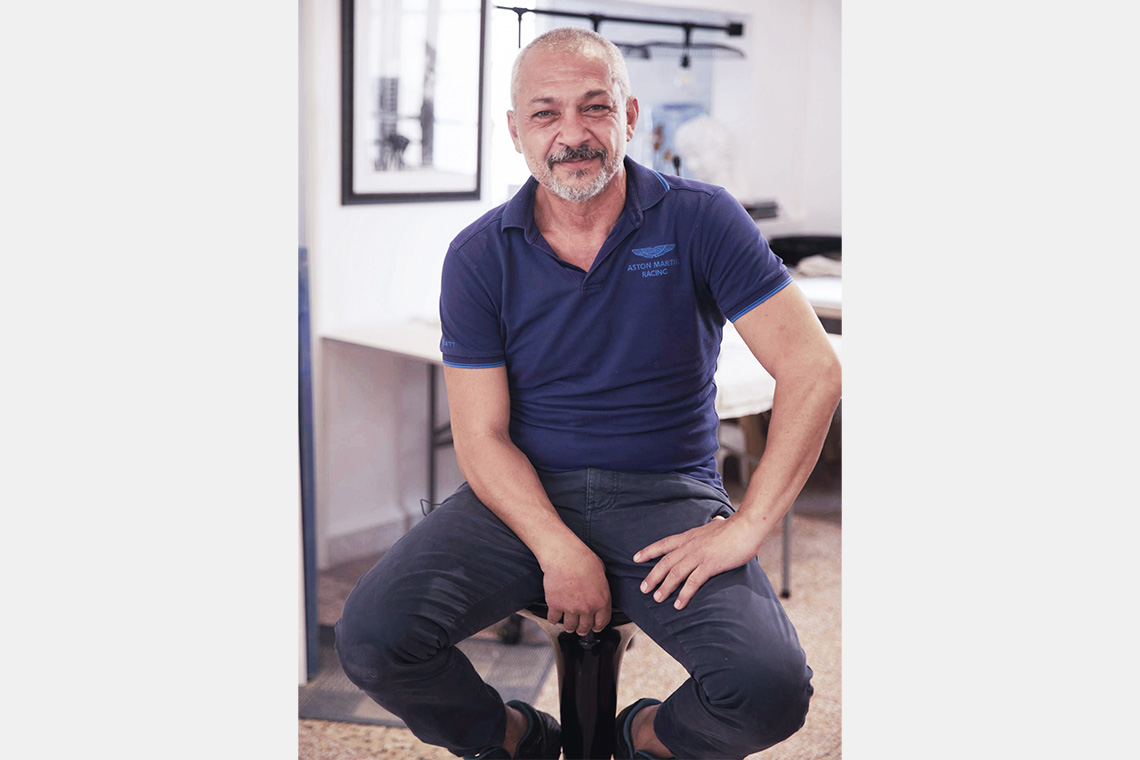 Passionate about art, architecture and history in their myriad forms, Gaby Maamary has spent his career investigating and promoting new forms of artistic expression, understanding and conservation. With Beirut’s artworks and architecture in crisis, he has responded with a rescue initiative designed to help save both the objects and the skill set behind them.

A FEW DAYS AFTER THE BLAST I HAD THE IDEATO LAUNCH AN INITIATIVE DESIGNED TODIRECTLY HELP SAFEGUARD THE FINE ARTHERITAGE OF BEIRUT. WE COULD SEE THAT THEBLAST HAD AFFECTED MANY PEOPLE WITH ARTCOLLECTIONS AND THEN STARTED TO HEARTHAT DAMAGED HOUSES WERE BEING LOOTED OFTHEIR CONTENTS.

Ali Y. Khadra: Where were you when the blast happened?
Gaby Maamary: I was here at Art Nub. We were running a course and there were several people working, drawing and painting. Luckily for us we had opened the doors, which meant that when the blast came, we didn’t have any shattering glass and miraculously escaped injury. But more widely, it was terrible of course. I went out onto the streets to take photographs, something that I do on a daily basis, and saw what had happened and the consequences. For three days in a row I took pictures. Then on day four I got nausea and just couldn’t go on; it was all too disturbing.

AYK: The destruction to the city’s fabric must have been very upsetting to see, especially as your career is in art history and conservation.

GM: Yes, I started as an interior architect and later studied the history of sacred arts and the conservation of cultural heritage and artworks. I worked on the restoration of the Roman Necropolis of Tyre for ten years and have been deeply involved in the science of art production, pigments and mediums for many years. 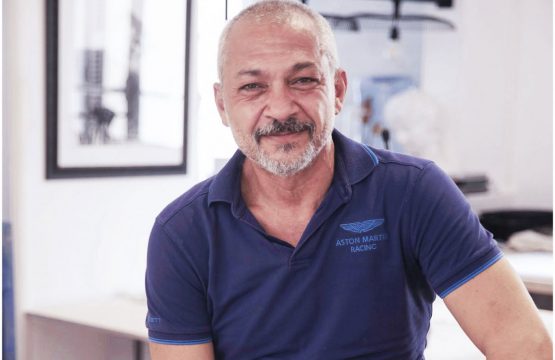 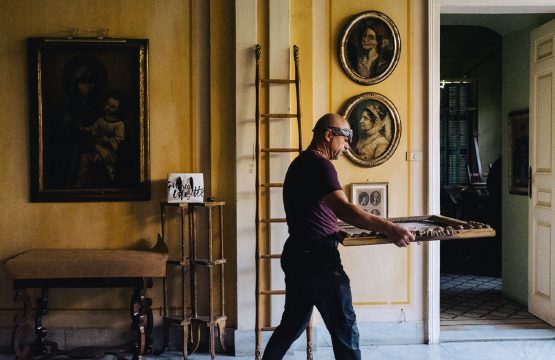 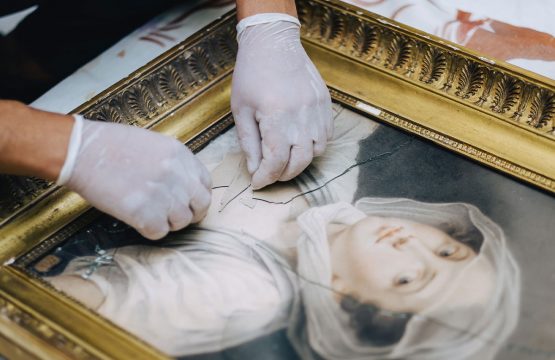 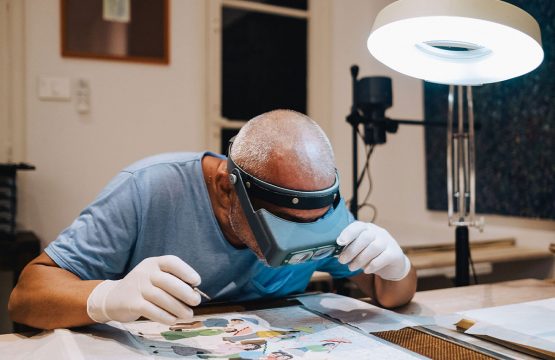 AYK: There has been so much damage to precious artworks and historic buildings What has Art Nub been doing to help?

GM: A few days after the blast I had the idea to launch an initiative designed to directly help safeguard the fine art heritage of Beirut. We could see that the blast had affected many people with art collections and then started to hear that

WE HAVE THE PEOPLE AND THE BRAINPOWER TO STAND ALONGSIDE THE LOUVRE, BRITISH MUSEUM OR THE HERMITAGE AS A CONSERVATION SPACE.

damaged houses were being looted of their contents. We wanted to offer assistance to people and also prevent robberies from taking place. So I talked to NaylaYared, my companion in life and co-founder of Art Nub Beirut, and we formed the Beirut Fine Art Rescue Initiative, offering three levels of assistance. First, we respond to calls for help and go assess the damage to the artwork. Second, we explain to people how to protect it from further deterioration. Third, we suggest how it might be repaired and restored. AYK: How is the scheme funded?

GM: It’s a free service and we are volunteers. Some people have said to us that they would pay any charges necessary for our help, but we explained that it’s all for free and we don’t want payment. Also, it’s the same for us whether the artwork is worth USD 1 or USD 1 million. We don’t discriminate. All we want is to offer this kind of assistance, be there for the Beirut people and preserve the artworks. AYK: Who is helping you with the scheme?

GM: First of all, we created a founding group of experts to help sustain and support the initiative. We have Nada Boulos, a very well-known figure in the auction world, Nadine Bekdache from Galerie Janine Rubeiz, Antoine Haddad of ARTLAB and Johnny Mokbel from the Art Collectors Society. Then many people came to us as volunteers, different types of people each offering their assistance. Some are students of art history and conservation. We have other people who are helping by doing research or paperwork, and we also have a mechanical engineering student who is looking at the behaviour of the canvas, wood and paint in an artwork and how that will affect its longevity. What we are trying to do is create something beyond restoration, something that becomes academic and truly national. We have the people and the brainpower to stand alongside the Louvre, British Museum or the Hermitage as a conservation space. What we lack at the moment is a permanent location and the equipment.

AYK: How can our readers can help you?

GM: Just spread the word. If you can do that with an open heart and good vibes, then it’s more than enough for us. As I said, this is currently a free initiative but at the end of the day I cannot hold volunteers indefinitely if they have jobs elsewhere. So we do need to raise funds. There are many ways that individuals can help, it’s just up to them to decide what is most suitable for them. It’s a candle you light and that’s it.