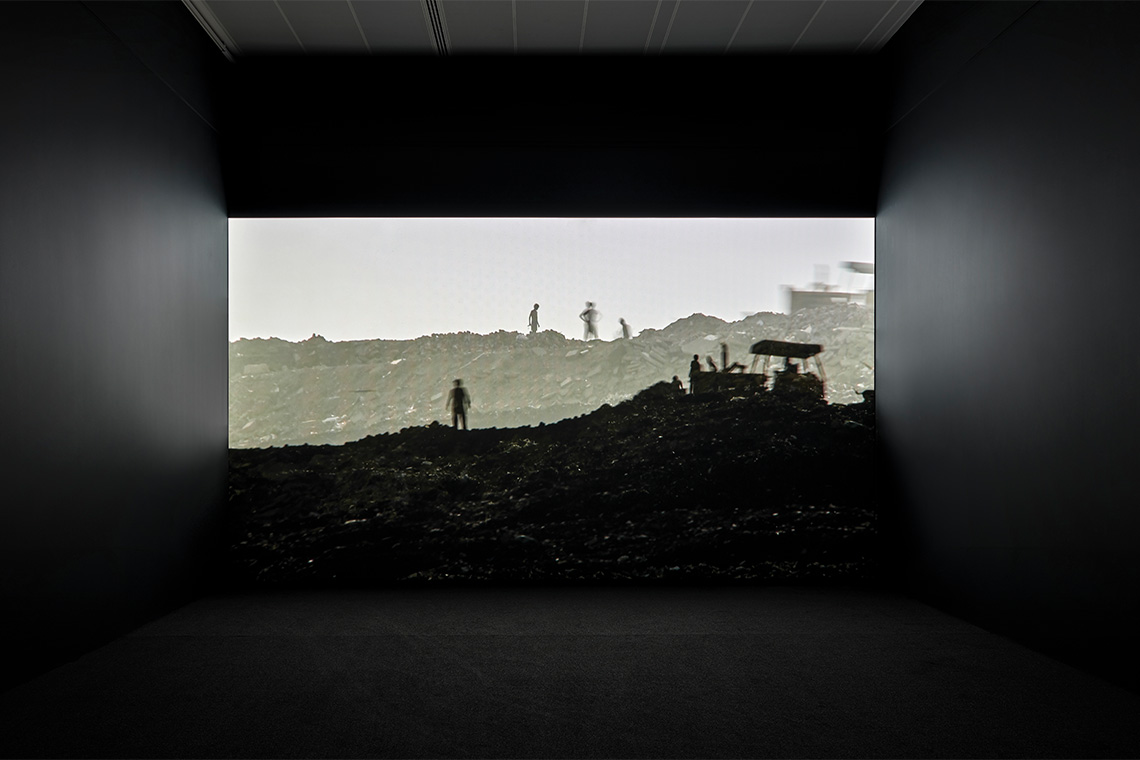 Amar Kanwar is having a UAE moment – his poignant film Such a Morning (2017) is on at the Ishara Art Foundation (until 20 May) and the NYU Abu Dhabi Art Gallery is presenting his acclaimed exhibition The Sovereign Forest (runs until 30 May). The latter is a long-term project emerging from land infringements in the largely tribal Indian state of Odisha, where the artist looks at the resulting political conflicts and examines the power in poetry. His lyricism documents the scenes of a crime against a land and those who live on it.

The Sovereign Forest is made up of points of light in a pitch-black NYUAD Art Gallery, from the film that engulfs the first room to the archival materials arranged in the last. Within this constellation are Amar Kanwar’s multi-layered narratives of people being wrenched from their land, and of the land itself being ripped apart.

The ongoing multimedia project, which comprises several works and has had various iterations spanning the past decade, is the result of Kanwar’s interest in environmental conflicts in the Indian state of Odisha (formerly Orissa). “The scale of the land grab and imminent destruction of livelihoods, forests, rivers and natural landscapes was so enormous,” he says. “I found it inspiring, the strong nonviolent resistance by the inhabitants of tiny villages to large international mining corporations and the police.”

A wall-sized projection ushers visitors into Kanwar’s immersive installation, The Scene of Crime (2011), which records the process of governmental acquisitions of ancestral lands and the corporate entities that exploit them. The rhythm of gentle hills and waving grasses soon gives way to images of forced displacement. A meandering cow pays a bucolic visit to grave-markers (presumably of the tribal villagers who have perished).

The film’s conspicuous near-absence of people and near-disappearance of land elegantly engenders contemplation, leaving space for the viewer to take in texts that drift from frame to frame. One tells the story of a woman in Odisha whose partner was killed because of his resistance to a “rapid acquisition force”. 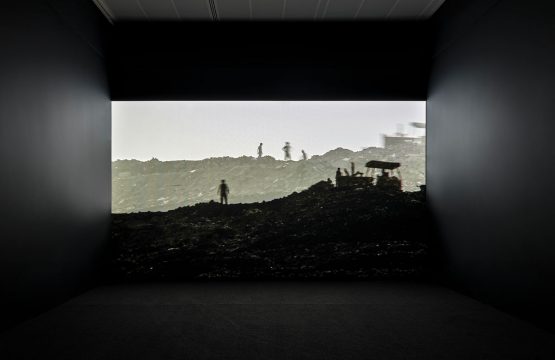 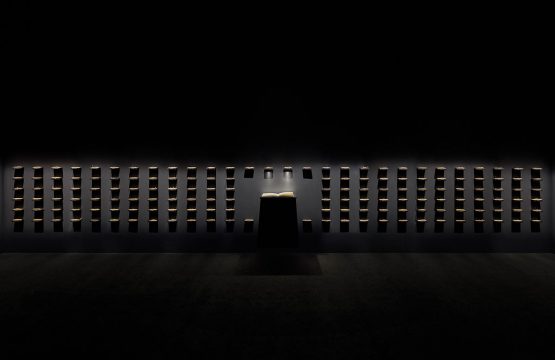 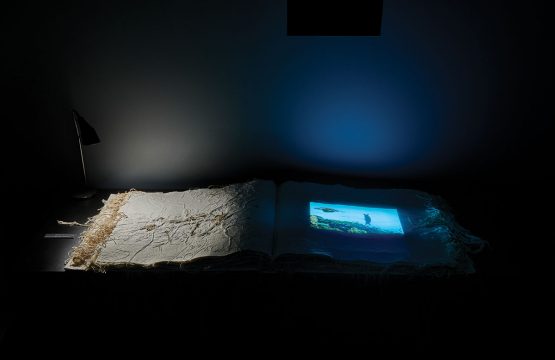 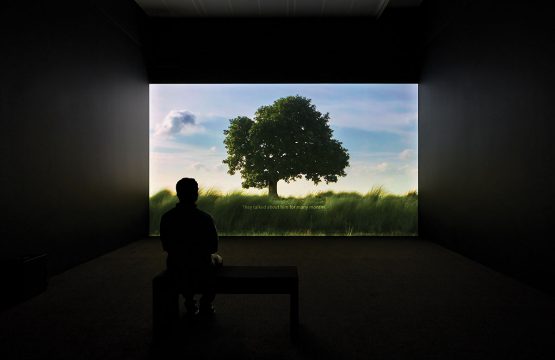 Kanwar’s words often carry a lyrical beauty, offering an unorthodox and almost mystical format in which to present real instances of human rights violations and ecological ravaging. In response to his choice of using poetic aphorisms to tell these stories, he says, “I found the formal legal understanding of violence, its impact and meaning, to be inadequate.”

In the next room, a shorter film depicts a landscape forever altered by unfettered urbanisation. While some residents pick through hills of trash in A Love Story (2010), others are forced to migrate elsewhere. The fringes of the city expand, and its residents are as separate from the land as they are from each other.

Also potent manifestations of the conflicts in Odisha, three handmade books with films projected on their pages – The Counting Sisters and Other Stories (2011), The Prediction (1991–2012), and The Constitution (2012) – relay accounts of death and displacement, and of life afterwards. Embedded in each are items from the nets of fishermen, rice seeds cultivated by farmers and a page from a newspaper – artefacts that illuminate the stories being told through a juxtaposition of static ‘evidence’ within moving frames.

Forming a grid on the wall of the last room is 260 Varieties of Indigenous, Organic Rice Seeds (2012). In a critique of how local food security based on diversity and longevity has been destroyed by industrialised farming, the ordered, labelled samples of ‘lost’ varieties are accompanied by small books documenting the resistance to their disappearance. Two of the books recount deadly protests against the local police acting on behalf of corporations. The third logs the names of farmers who took their own lives, unable to escape the debt and bondage propagated by systems of multinational agribusiness.

Maps of acquired land, documents from court disputes between corporations and residents, and lists of villagers’ names are all emblematic of the exhibition as a whole, which has been showcased several times around the world. The archive questions how land rights are defined and who gets to define them, as well as the value of indigenous histories and cultures in a context dominated by corporate money.

Telling the histories of extractive industries, these machines of displacement, using poetry, the archive and testimony, as an invitation to works that document justice, is what gives the exhibition such gravitas. “[It’s] so that we can become able to see without always being shown,” Kanwar adds, “so that we can relate to the violence that’s invisible. So that we can see the landscape in other ways. So that we can imagine what might have happened, what might happen.” And, in the darkness of the gallery, we must decide whether or not we can accept it.