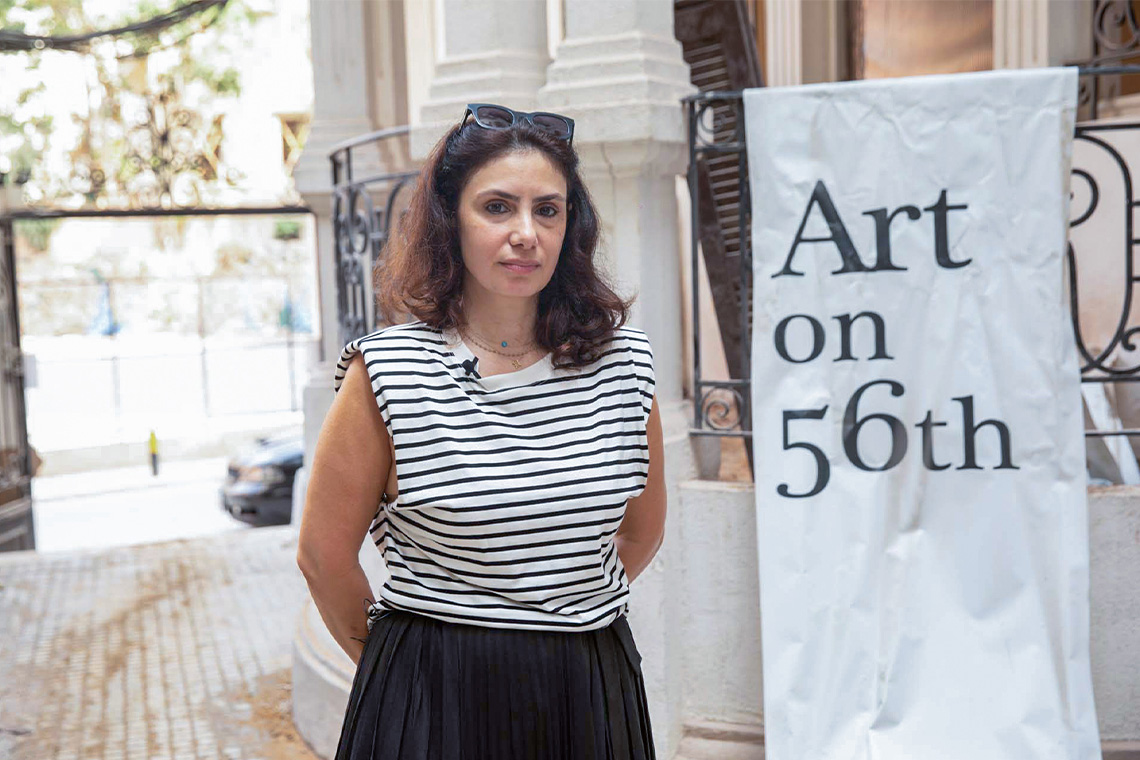 Founder and director of Art on 56th

A century-old French mansion is the charming location of Art on 56th, an art gallery founded by Noha Wadi Moharram in 2011. Despite the extensive damage to the building and the Gemmayzeh neighbourhood, Noha is holding on to her belief in art as an expression of progress and a means to tell a different story of Lebanon to future generations.

Stay or leave?
Stay, although the week of the explosion I honestly thought I would leave My dream for Beirut… My dream is for us to stand for the country as a nation and rebuild our hopes Beirut past… The encounter of civilisations Beirut present… A deep wound and a never-ending nightmare What does it mean to be Lebanese?
To be cross-cultural and adaptable How do you think the Canvas platform can help?
Love Lebanon and help as much as you can. Believe in us, because we still have energy and creativity

IT’S NOT THE AMMONIUM NITRATE THAT EXPLODED ON US, IT’S THE CRIMES, THE CORRUPTION AND THE BETRAYAL OF LEBANON.

Ali Y. Khadra: We Lebanese have gone through so many hardships. How was this different?
Noha Wadi Moharram: It was completely different, as the third largest non-nuclear explosion in history. Entire neighbourhoods were wiped out. I don’t know how to describe what happened. I like the way a friend of mine put it recently: during the war, the first floor of a building would be bombed but other floors would remain as a support system, or a building would be destroyed but the one next to it would be intact. This time, everything was effaced.

AYK: Where were you during the explosion?

NWM: We were still in the period of lockdown and the gallery was open by appointment only. Unfortunately, I was here with members of my team and clients. First, we heard what sounded like a plane and then a huge explosion. My initial thought was why would Israel want to bomb Gemmayzeh? I immediately ran to the landline to call my family since mobiles weren’t working. As I turned, a kind of vacuum propelled me forward. I fell in slow motion, with half my body inside, but with my legs subjected to shattered glass and wood – there was nothing that wasn’t thrown at me. I was in shock and didn’t know how to close the gallery – there weren’t any doors left. I knew it was my responsibility to secure all the works I had on consignment. 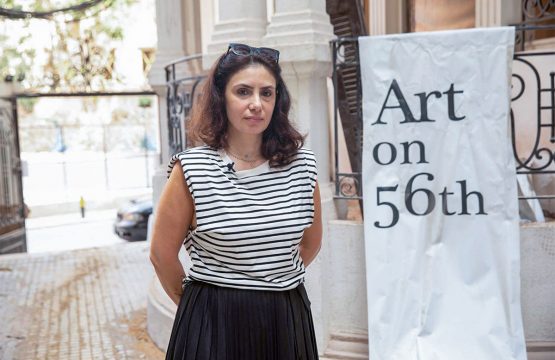 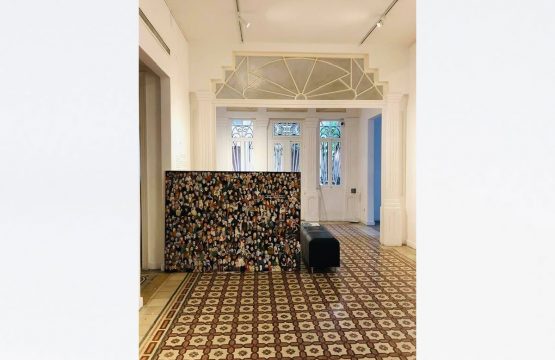 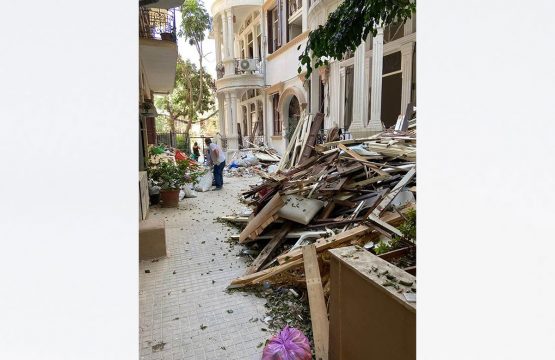 AYK: What was it like when you left the building?

NWM: It was chaos of indescribable magnitude; there was blood everywhere. It was terrifying. I was totally numb to the pain of my injuries. We were moving in a zig-zag fashion because the contents of Beirut’s interiors – couches, curtains, kitchenware – were all over the pavement. People were covering dead bodies. It was the longest road I’ve ever walked. AYK: What was the reaction of your artists?

NWM: They were amazingly supportive, and concerned primarily with our health. The support and love we received was really outstanding. AYK: We’ve learned a lot about how the community rallied to help everyone secure and clean their spaces.

NWM: Yes, thankfully a neighbour, the designer Iyad Naja, who is very close to my family, came to

I AM POSITIVE THAT WE WILL ALL STAND TOGETHER PROUDLY AS A NATION TO BUILD AND RECLAIM OUR DREAMS, TO OFFER A NEW LEBANON TO OUR CHILDREN SO THAT THEY DON’T LEAVE THIS COUNTRY.

pack our things while liaising with my sister on the phone. I cannot thank him enough. At that moment, my sister received a call from the building owner about an international UN employee who couldn’t be reached. He found her buried under everything. The Red Cross told him that if he hadn’t brought her in then, she wouldn’t have made it. The next day Iyad came back and found a lot of people we don’t even know helping clean the area.

AYK: Tell us more about the historical significance of the gallery’s building.

NWM: It’s a 100-year-old French-era structure and the owner is very particular about preserving its heritage. He keeps renovating, which I think ensured that the building didn’t entirely collapse on us. I think that’s what saved us.

AYK: Do you feel that this is the tipping point for Lebanon and that if change doesn’t happen now, it never will?

NWM: Yes. Lebanon has been suffering from corruption, economic crisis and financial collapse long before COVID-19. This explosion happened out of nowhere and broke everything. It’s devastating to see all you’ve worked for destroyed in a second – even our homes, where we thought we were safe… But it’s not the material damage that bothers me. It’s not the ammonium nitrate that exploded on us, it’s the crimes, the corruption and the betrayal of Lebanon.

AYK: Are you hopeful that things will get better?

NWM: We cannot go back. We need to move forward. I believe that art can change the world one day at a time. That was the reason why I started this gallery nine years ago. An experience I had during a school trip my daughter was on reinforced this, when I witnessed the kids fighting about their political affiliations. They were seven years old. I didn’t raise my daughter like that and it struck me then that we need to do something to broaden these young minds. I am positive that we will all stand together proudly as a nation to build and reclaim our dreams, to offer a new Lebanon to our children so that they don’t leave this country.