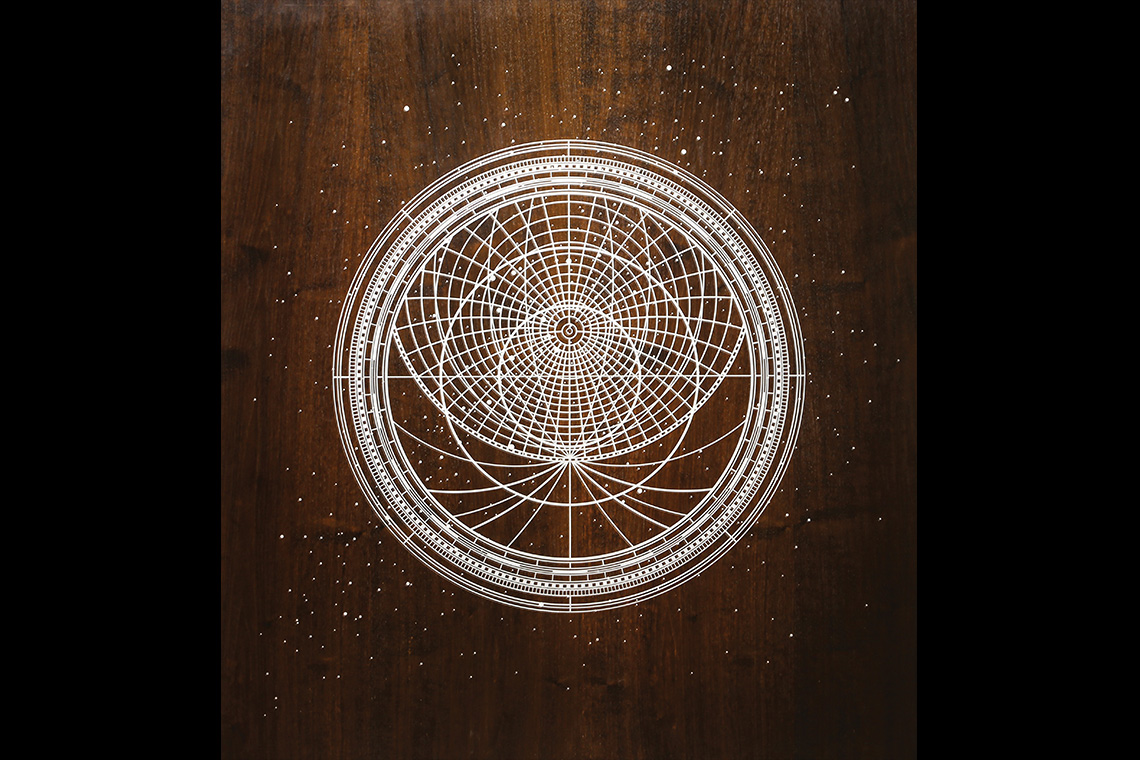 At a talk earlier this year in Alserkal, Timo Nasseri described the moment when his attention turned from a fascination with the language of military aircraft to the practice of calligraphy. It was some 15 years ago, when media reports came out about Shahab, an Iranian missile that could go as far as Central Europe. Intrigued by this heavenly name for a weapon of war, he learned that shahabmeans shooting or falling star. Now in All the Letters in All the Stars, his first solo exhibition in the UAE, held at the Maraya Art Centre (in collaboration with the Sharjah Islamic Arts Festival), Nasseri’s ruminations on constellations and calligraphy converge. Isaac Sullivan meets with the artist to investigate the elements that have come to define his practice.

“It is very relaxing to know that this will never end,” ventures Timo Nasseri, his voice at once earnest and possibly on the edge of laughter as we discuss the inexhaustible quality of his work. Having subtracted violence from the aesthetics of military aviation, in All the Letters in All the Stars Nasseri casts his defamiliarizing eyes uponthe constellations that the Abbasid-dynasty master calligrapher Ibn Muqla would have seen above Baghdad in March of 934. It’s always night or we wouldn’t need light 33°37’90N, 44°31’74E is a steel star chart set within mahogany, hinting at maritime navigation. It depicts the starting point for Nasseri’s software-aided act of parallactic empathy –which generates a number of other works within the exhibition – and puts us in his place as he marvels at the question of how Ibn Muqla might have envisioned the four letters he deemed missing from the Arabic alphabet.

HOW TO WRITE WHAT ONE CANNOT READ

“I’m some kind of an outsider,” explains Nasseri, a Berlin-based German-Iranian artist. “I don’t read or write Arabic. So I see the language in a more abstract way, and often wonder: Why does a letter look the way it looks? Where is the idea for the shape coming from? And when it came to Ibn Muqla trying to invent these four missing letters, how would he come up with the forms? This is where my fantasy started.” In asking how one might write what one cannot read, Nasseri begins by surmising that the source of Ibn Muqla’s proposed alphabetic reformation was the night sky.

All the Letters in All the Stars – whose title references Jorge Luis Borges’s 1941 short story, The Library of Babel – reveals the material traces of this marvelling, which Nasseri expresses through the exacting calculation and meditative repetition visible in his Mind mapdrawings. In addition to the evidence of his reckoning, we encounter its culmination as Unknown Letter I –IV, four walnut and steel sculptures circumscribed in the manner of astrolabes, roughly human in height.

It is through his interest in calligraphy that Nasseri first encountered the story of Ibn Muqla, and he relates the sculptural construction of Unknown Letters to the calligraphic. “When I first looked at Arabic letters, I thought – they’re so deep; there is something that’s 3D. This is based on the fact that the script was originally written with a feather – you have lines going thicker and thinner. I was trying to capture that already with older sculptures like Nour (Light) and Fadjir (Dawn).”

We meet at Maraya Art Centre, in the vicinity of Sharjah’s gelato stands and imported baobab trees, and puzzle over the question of why the Abbasid authorities regarded Ibn Muqla’s proffering of four new letters as a desecration of the Arabic language. “I imagine he wanted to complete the alphabet because – if there is a sound, it should be written down,” speculates Nasseri. “I think he was just trying to complete something.” 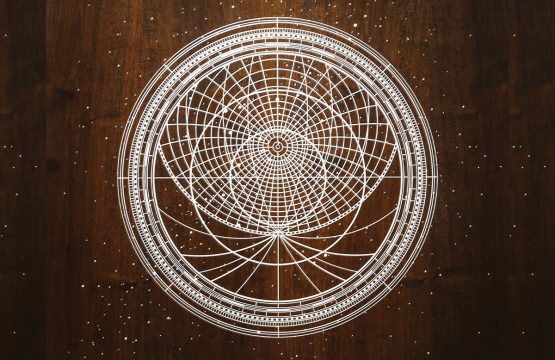 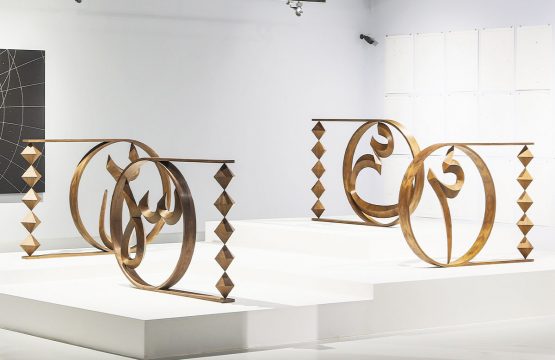 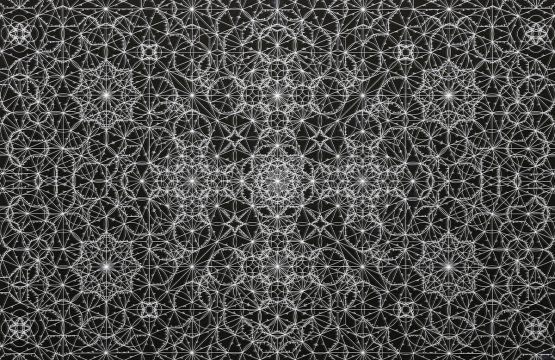 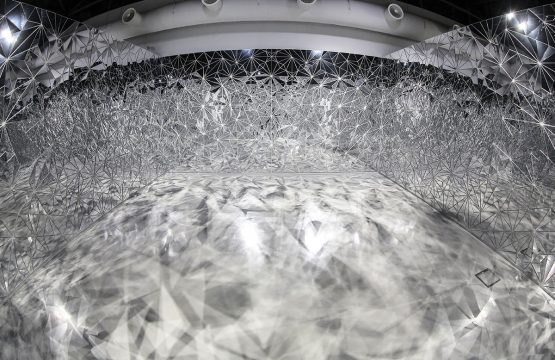 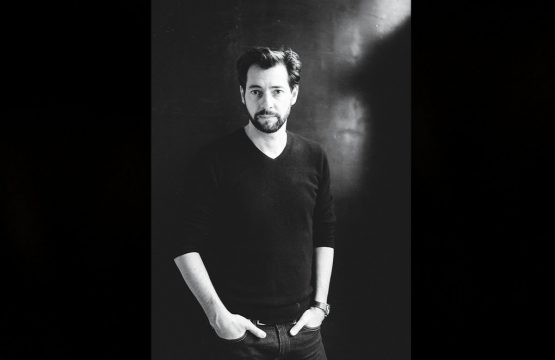 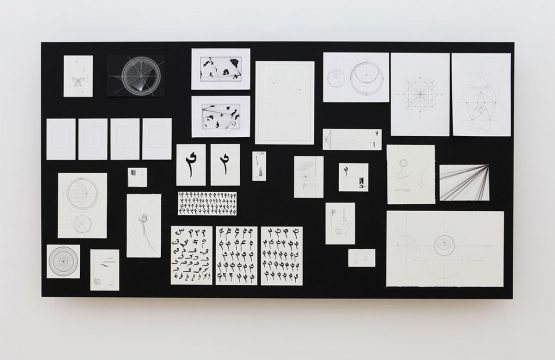 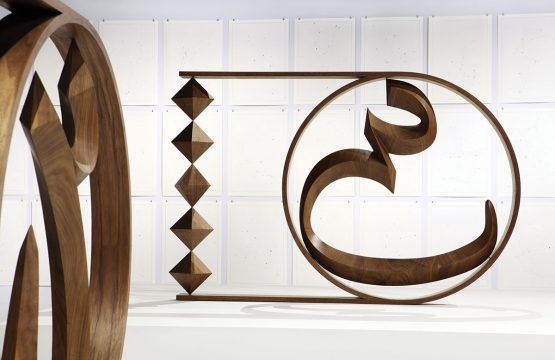 “There had already been a major reformation,” he continues, “and that was the invention of the diamond-shaped dot (nuqta) in the Arabic script.” In spite of this, Ibn Muqla was subjected to harsh interrogation; his refusal to disclose the content of his research led to the amputation of his writing hand, then the removal of his tongue and his subsequent death in prison. His four new letters were never recovered.

If his source was in fact the night sky, perhaps we can better understand Ibn Muqla’s fate through the historian MirceaEliade’s research on earlier regional cosmogonies: “According to Mesopotamian beliefs, the Tigris has its model in the star Anunit and the Euphrates in the star of the Swallow… all the Babylonian cities had their archetypes in the constellations: Sipper in Cancer, Ninevah in Ursa Major, Assur in Arcturus, etc.” So, an alphabetic reformation made by gazing at the stars not only re-envisions the language of scripture, but also implicitly transforms the territory beneath our feet.

HE SAW ALL THE LETTERS

Elsewhere in the gallery, we find another extrapolation of Ibn Muqla’s March 934 perspective in Nasseri’s 2017 series He saw all the letters, a rectangular array of 54 star maps drawn in ink on white paper, their airy intricacy suggesting an immanent, materially determined texture as much as a carefully observed distance.

“The software shows you things you wouldn’t see,” he explains. “When you look up to the sky, you cannot point out more than 3,000 individual stars; they are too small. If it were possible to see them all – if you could look through everything – you’d see all of the stars, and they are everywhere. When it comes to the constellations there cannot be any right or wrong.” In his meditation on the horizon, philosopher Renaud Barbaras likewise characterises recognition and omniscience as mutuallyexclusive, observing that “the essence of appearance relies on the givenness in person of the impossibility to be given exhaustively.” Nasseri further articulates this paradox by pointing to The Library of Babel, in which Borges allegorizes the universe as a library containing within its books every possible combination of a finite number of letters.

Like Borges’s library, quantum physics also confronts us with the vexing quality of an unimaginably vast finitude: an ever-more-precise measurement of position entails an ever-less-precise measurement of velocity, and vice versa. Therefore, the number of permutations of matter in the universe is, in principle, finite.

As Borges puts it, “the certainty that everything has already been written annuls us, or renders us phantasmal.” Indeed, in an infinite universe comprised of finite material configurations, if we go far enough, Ibn Muqla keeps his hand; if we go far enough, he keeps his tongue, having shared with his interrogators the full extent of his research.

In addition to the star maps and Unknown Letters, curator Laura Metzler includes work that Nasseri created as early as 2009. In doing so, she foregrounds his fascination with the notational; though it ranges across the visual languages of astronomy, mathematics and architecture, all of the work in the exhibition performs translations between the 2D and 3D. Incidentally, this through-line parallels the early shift in the artist’s practice away from photography and toward sculpture.

As Nasseri puts it, “Notation is always getting rid of at least one dimension; notation is trying to find a language again, as with mathematics and music.” Accordingly, the exhibition includes five pieces from the One and One series, his plans for muqarnas (the honeycomb-like vault ornamentations unique to Islamic architecture) drawn meticulously in white ink on black paper. Here, in a Brechtian flourish, the calculations used to generate the work’s densely ornate, luminous geometries appear embedded within them.

The inspiration for One and One arose in 1999, when Nasseri returned to Iran for the first time since he was four, and was intrigued by the muqarnas he saw in mosques and madrasahs. “I tried to understandhow it is constructed, why it is constructed – how it works on a mathematical level, on a spiritual level.” In pursuing such curiosities, Nasseri proceeds with an exacting hand whose most generative successes include its errors: “What kind of mistakes happen – in a good way – when you translate from 2D to 3D? A mistake is always a chance to create something new.”

The artist seems to derive wonder not only from error, but also from his difficulty in grasping the concept of infinity, perhaps because, like the appearance of constellations, it indexes a human life-world. “In school I had failed massively at understanding infinity. There is no end. This is something so hard to imagine.” Going on to elucidate the distinction between potential and actual approaches to infinity (the former entailing the ever-larger, and the latter the endless-as-such), Nasseri reasserts the significance of the body, and identifies his notational work as contemplative.

“For me, the hand is always there. Sometimes when I build things and want to reach a degree of perfection, I have to use computers to get closer to the result I want. But like the infinite, I never reach it. I continue because it is a practice, a meditation. I have to switch between consciousness and trying to be totally unconscious; in the transition from two-dimensional to three-dimensional, I have to turn